Formation of Cricket in Bangladesh

Bangladesh, the nation was born in 1971 after a war with Pakistan. Later, in 1972, a cricket governing council was formed in Bangladesh. At that time the condition of Bangladesh was not much enviable. Even the stadiums were in shambles and they required some repair works. Football was more popular in Bangladesh than cricket. Bangladesh National Cricket Team was formed in 1977. They became an associate member of ICC in 1977.In 1977 Marylebone Cricket Club team visited the nation. Srilankan national team toured Bangladesh in 1978 to play three 3 day matches.  The touring side won all the matches by an innings. Bangladesh got the real international exposure when they participated in the ICC Trophy in England held in 1979. Under the captaincy of Raquibul Hasan, they won 2 matches but lost the same number of matches and couldn't make it to the semifinals. In the first match they had defeated Fiji by 22 runs,thanks to 7 wicket haul from Ashraful Haque. In the second match they were defeated by Canada. In the third match they defeated Malasiya. 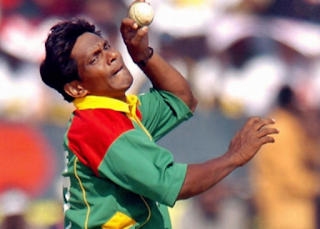 In the fourth crucial match they lost to Denmark by 10 runs.In 1982 Bangladesh managed to reach the semifinals but they were defeated by Zimbabwe. In 1983-84 Bangladesh hosted an important tournament for the first time in history. It was the South East Asian tournament. Bangladesh defeated HongKong by 3 wickets in the final to win the trophy. The nation played it's first international ODI match in 1986 against Pakistan. Bangladesh led by Gazi Ashraf was bundled out for 94 runs and Pakistan reached the target with 7 wicket to spare. Bangladesh had to wait for 12 long years for their first ODI victory. In the Coca Cola triangular series of 1998, Bangladesh tasted their first ODI victory when they defeated Kenya by 6 wickets. Batting first Kenya had made 236 in 50 overs after the debutant Ravi Shah made 52 and H S Modi contributed 40. In reply Bangladesh made 237  with the loss of 4 wickets and 2 overs to spare. Mohammed Rafique was the top scorer with a well made 77. This was after his heroics with the ball in Kenyan innings where he had taken 3 wickets for 56 runs. Bangladesh  qualified for 1999 World cup held in England. They failed to reach the super six stage but they managed to defeat Pakistan in the tournament and it was a great achievement for the minnows at that time. Bangladesh had made 223/9 and later bowled out Pakistan for 161 in 44.3 overs. 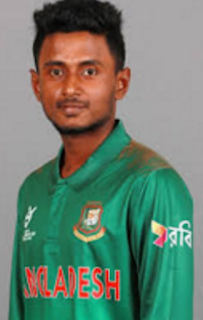 Khaled Mahmud picked 3 wickets conceding 31 runs. Bangladesh played their first test in 2000 against India at Dhaka. Surprisingly Bangladesh had made a good score of 400 in the first innings. Aminul Islam made 145.India were bowled out for 429. But in the second innings Bangladeshi batsmen lost their way and could only make 91 runs. India managed to make the required runs of 63 with 9 wickets in hand. Bangladesh managed to give Pakistan a shiver when they came close to winning a test match against them.Alok Kapali had taken a hat-trick for Bangladesh in that match. But eventually Pakistan managed to hold their nerves and won the match by 1 wicket.

After 1999 Bangladesh had to wait till 2004 to register an ODI win.In 2004 they defeated Zimbabwe. After that Bangladesh managed to defeat strong opponents each year. They sprang up a few surprises. In 2004 they defeated India,2005 Australia, 2006 Srilanka and so on. Their victory against world champions Australia was one of the greatest upsets in cricket history. Batting first Australia made 249/5 after Damien Martyn(77) and Michael Clarke(54) contributed with half centuries. In reply Bangladesh made 250/5 with 4 balls to spare. Mohammed Ashraful contributed with a fluent century off 101 balls to take the Bangla tigers to victory.  So at least the fans were finding something to cheer about and their expectations were rising. In 2007 World Cup held in the Caribbean Islands Bangladesh defeated India in the league matches. They entered the super eight stages. In super eight they defeated South Africa. Slowly Bangladesh was trying to find their own space in the cricketing world. Bangladesh found many useful consistent players in Tamim Iqbal, Mushfiqur Rahim, Mashrafe Murtaza, Mustafisur Rahman,Shakib Al Hasan in this period and this changed the performance graph of the team. In 2010 they won the one day series 4-0 against a visiting Newzealand side.That was a rare scene of whitewash from the Bangla tigers.In 2012 Asia cup they reached the final defeating India and Srilanka but lost to Pakistan in the final match.They were not able to score 9 runs off the last over and that was a huge heart break for the fans. They reached the quarter final stage in 2015 World Cup held in Australia. In quarterfinals they lost to their neighbours India. In 2015 they won ODI series in India,Pakistan and South Africa.In 2016 they registered a test victory against a visiting English side. Champions trophy held in England 2017 proved to be a great outing for the Bangladesh team.In the tournament they lost the first match against England and second match against Australia was washed out. In the third match they got past NewZealand thanks to centuries from Shakib Al Hassan and Mahamudullah. Bangladesh as a result reached the semifinal stage of the tournament. Shakib Al Hasan was involved in some controversy regarding an Indian bookie contacting him. However there was no evidence of any illegal activities. But Shakib hasn't reported about the bookie's approach and resulted in a one year ban. Earlier there was a match fixing controversy involving Mohammed Ashraful. The stroke player batsman has admitted of match fixing during Bangladesh Premiere League in 2013 and he was banned for 5 years.Ashraful is a former captain of the national side. 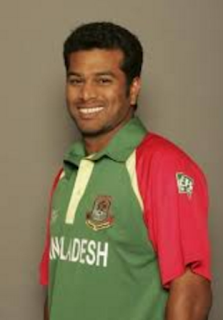 There has been a surge of quality players in the Bangladesh team of late. There has been some quality all rounders in the form of Shakib Al Hasan, Mahamadullah, Mehidy Hasan and so on. Tamim Iqbal has been a great opener for the team. Mushfiqur Rahim in addition to his wicket keeping role plays an important role of a senior batsman. Mustafisur Rahman has been a great find in the department of pace bowling. 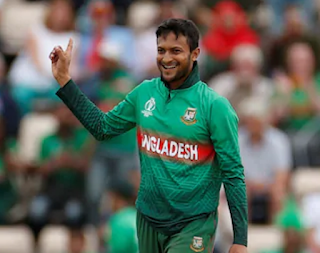 Mashrafe Mortaza has led the bowling department for some time with grace. Shakib Al Hasan can be considered as one of the best all rounders of all time.Bangladesh once had a unworthy record of 23 consecutive losses from 1999 and 2002 which is the most by any ODI team.Bangladesh also holds the record of most consecutive losses in test.They have lost 21 matches in a row from 2001 to 2004. 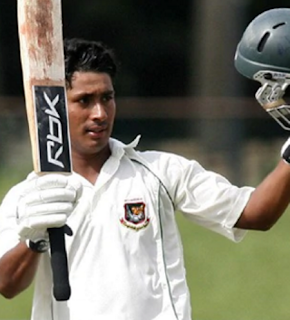 Mushfiqur Rahim has the highest runs scored by a Bangladeshi Batsman in test. He has scored 4413 runs from 70 matches at an average of 36.77 with a highest score of 219 not out.His 219 is the highest score for a Bangladeshi batsman in tests.Tamim Iqbal and Mominul Haque has scored most number of centuries for Bangladesh in tests. Both have scored 9 centuries apiece. Shakib Al Hasan with a tally of 210 wickets from 56 matches at an average of 31.12 is the highest wicket taker for Bangladesh in tests. Taijul Islam with 114 wickets is behind Shakib. Alok Kapali is the first Bangladeshi bowler to pick a hatrick in tests.He made the distinction in the test against Pakistan.At that time his age was 19 years and 240 days and was the youngest of all time at that point. Later the record was overtaken by the Pakistan pace bowler Naseem Shah.Sohag Gazi has scored a century and taken a hat-trick in the same test. These records were born in the test match against NewZealand in 2103. 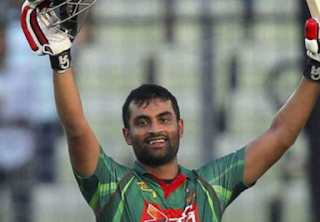 In ODI Tamim Iqbal with 7202 runs in 207 matches at an average of 36.74 is the highest run getter for Bangladesh.Shakib is behind him with a tally of 6323 runs.176 scored by Liton Das against Zimbabwe is the highest individual score of a Bangladeshi batsman in ODI. The medium pacer Mashrafe Mortaza who has picked 269 wickets from 218 matches is the highest wicket taker of the nation in ODIs.He has a best bowling figure of 6/26 and an average of 32.65. Shakib Al Hasan with 260 wickets ranks second in the list. 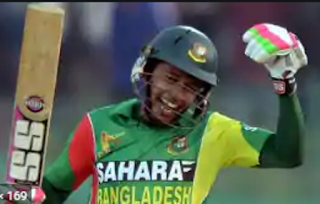