The excluded players in IPL history

The cash rich league of IPL has been a blessing not only for the mainstream players but it has been an opportunity for many little known, opportunity seeking players as well. Many small town cricketers were able to break into the national scene just because of this awesome opportunity provided by IPL. Some of those players were even able to get into the national team by their consistent performance in IPL. Mohit Sharma, Rahul Sharma,Rishabh Pant,Dhawal Kulkarni and so on. The list is very long. But only few had managed to cling on to the fruit of success. Every now and then we have seen many glittering performances from players. But the problem is that these performances gets limited in those one or two editions of IPL and they fail to carry on their performances. Here we are going to discuss a list of such players who delighted us with some thundering performances in IPL, but later just faded out of the scene.

The little man from Goa had been a revelation in the first edition of IPL. In 2008 he came into IPL playing for Rajasthan Royals under the captaincy of Shane Warne. Shane Warne had described him as the 'Goa canon' . Asnodhkar made 311 runs at an average of 34.55. His highest score was 60.After a successful first edition much was expected from him in the next edition of IPL held in South Africa. But an injury during practice session made his plans go wrong. In 2010 and 2011 he just got 2 and 1 match respectively. And the cricketer who guaranteed much faded out of the scene. Recently he lost his position in Goa Ranji team when the team management changed their policy and started looking from some fresh legs. 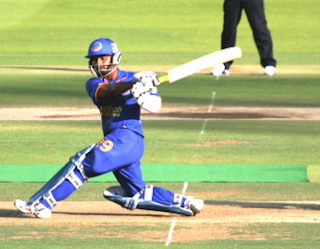 Injuries has been a bane for this talented batsman. He was part of Indian squad for U-19 World cup team held in New Zealand in 2002.During a match against Bangladesh he suffered  an eye injury which halted his progress. Later in 2009 he was selected for Rajasthan Royals team in IPL. His real luck came in 2011 with Punjab Kings XI. In that season he smashed a 63 ball 120 against the defending champions Chennai Super Kings. That innings opened the flood gates for him in that season. That innings was followed by an all-round performance from Valthaty. In the next game he smashed a 47 ball 75 and took 4 wickets by conceding just 29 runs.That innings was followed by a 31 ball 46. After those memorable innings in 2011 he was retained by Kings XI for next two seasons. But Valthaty was a pale shadow of his past.It was reported that he had a ganglion in his wrist which hurt badly. Once again health issues was halting the progress of this young man. In 2014 he went unsold for the auctions. At present he is an employee of Air India and plays domestic league cricket for his employers. 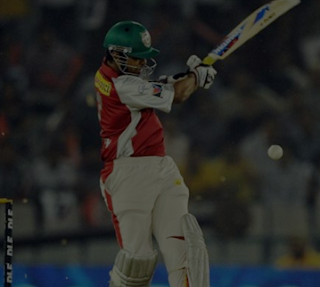 The lanky leg spinner played for Deccan Chargers in 2010 edition of IPL. His returns were just 5 wickets from 6 matches at an economy of 8.08. It was not a record to envy about. But 2011 turned to be a year of luck for the youngster. His stint with Pune Warriors turned to be fruitful. In that season he picked 16 wickets at an average of 17.06 and that too at an economy of 5.46. He managed to pick 2 wickets conceding just 7 runs in his quota of 4 overs against a strong Mumbai Indians batting line up.  Very soon he found a place in the Indian senior team. He played 4 ODI and 2 T20I . He was caught in some controversy when he was reported to be tested positive for drugs. But he continued to play in IPL. In 2014 he was selected by Delhi Daredevils and in 2015 he was bought by CSK. But a shoulder injury had kept him in the sidelines for long and the decline of the leg spinner was far too rapid. 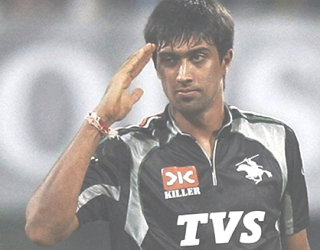 Parwinder Awana rose to fame due to his heroics with the ball for Kings XI Punjab. He rose to be the mainstay bowler for the team in 2012. The pace bowler picked 17 wickets at an average of 21.88 in 2012. His economy was just below 8 at 7.91. In 2013 season he picked 15 wickets at an average of 27.46 and an economy of 7.62. These performances took Awana to the Indian T20 side. But the experience at the International level was catastrophic for the medium pacer. His two outings against England went wicketless and he conceded at an average of 11 runs per over in two games combined. Parwinder Awana couldn't recreate his performances in IPL too and quickly faded away from mainstream. 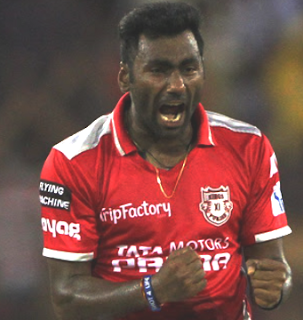 He was a cricketer who had to fight with his poverty. He impressed the Rajasthan Royals coaching director and he was selected to the team. He made his T20 debut without playing a single first class match under his belt. He was described as 'Tychoon' by the legendary Shane Warne who was the then Rajasthan Royals captain.He bowled the first super over in history of IPL in 2009. He restricted KKR for 15 runs which Rajasthan won with 2 balls to spare. Earlier he had bowled a brilliant last over in which he has conceded just 6 runs. Later there were some issues regarding his action and he was sent to correct it. In 2011 and 2012 he was bought by Pune warriors but could only be a part of 1 match. Later the fast bowler who could once hit above 140 Kmph mark and swing it lethally just dissolved away from the scene. 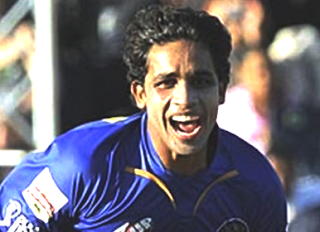 The left arm spinner from Goa played for Chennai Super Kings in the 2009 season which was held in South Africa. Jakati was getting turn from those foreign pitches and he reaped 13 wickets at an average of 16.69 and economy rate of 7.48.He played for Chennai Super Kings till 2012. He got 32 wickets for next 3 seasons, but by 2012 his form was dipping. In 2014 he was bought by Royal Challengers Bangalore but could only play for 1 game in which he conceded 41 runs in less than 4 overs and went wicket less. In 2016 he played 6 matches and scalped just 2 wickets at a high economy rate of 8.9. In 2017 he played 2 matches for Gujarat Lions and gave away runs at an economy of 10.4 without picking a single wicket. Later he retired from cricket and joined politics. 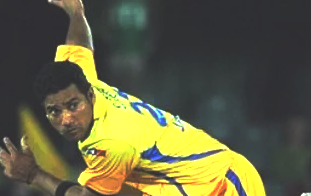 The left arm seamer played for Royal Challengers Bangalore from 2011 to 2017. He could also bowl spin with his left hand. In his debut IPL season of 2011he became the third highest wicket taker among all teams. He scalped 21 wickets at an average of 17.52 and an economy rate of 8. In 2012 he got his first international match when he played a T20 match against South Africa. He was given the difficult task of defending 10 runs off last over. But the experienced JP Duminy found it too easy and carted away the required runs off in 4 deliveries. That was the only International match for Aravind. In 2016 IPL season he picked 11 wickets from 9 matches and was one of those responsible for the late surge of RCB. 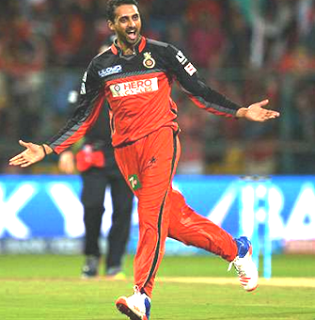