Analysis of Diminishing talent of fast bowlers in this century

Batsmen in cricket often get more fame and laurel that most of the bowlers. The role of bowlers is often undermined in the game. Many don't realize that bowlers too have the same importance of batsmen in the game of cricket and they too deserve the same honour and celebrity status as some of the batting superstars. There is a general notion among cricket lovers that there is a fall in quality of pacers in current age compared to 80s and 90s. Many are found to be nostalgic about the fiery tight spells of some of the vehement mercurial bowlers of past years. Many complain that in the current age we don't have those fiery pacers who bring terror into the minds of batsmen. But is that a reality? Is the quality of pace bowlers going downhill? Let's check out. 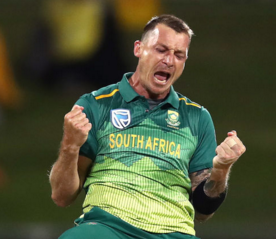 The rules of the game have evolved with time, and it has become more and more indulgent towards the batsman. The introduction of powerplays and fielding restrictions has given the batsman more freedom to play his shots. The opening bowlers are thrashed by the batsmen on those flat wickets. Many of cricket fans hail the yesteryear bowlers of their reverse swinging capabilities. According to the current rule two different balls are used from the two ends of wickets in an ODI. So the ball doesn't get old enough for the reverse swing to come into the picture. Also the spinners may find it tough to spin it in the early part of innings because the ball remains relatively new. 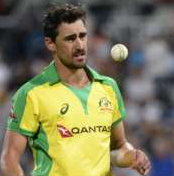 A spinner may find an older ball more suited for his art. But due the usage of two balls, even after 30 overs, the balls are just 15 overs old.  The free hit after the no ball, is another rule which attacks the morale of any bowler. The batsman can have a go at the bowler almost without any chance of being getting out. Of course the batsman can be run out or stumped, but those chances are minimum. The bowler may produce peach of a delivery and get the batsman bowled. But alas! Despite being a perfect legal delivery the batsman have the legal protection of cricketing rules of a free hit and he can just continue the batting. 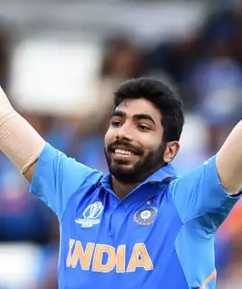 The tight schedule in the present age is also affecting the fitness of the bowlers, especially the pacers. The modern cricketers don't even have enough time for rest and they are running from one tournament to the other. The mental stress experienced by many cricketers is the proof of this rush. Recently Australia's Glenn Maxwell took some time off from the game citing the same reasons. This is an age of T20s. Many cricketing nations have their own premier leagues. In these leagues, national as well as foreign players are being engaged. 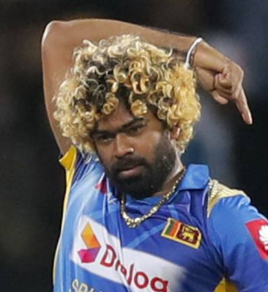 These premier leagues are adding to the already hectic schedule of these fast bowlers. Their body may find it tough to adjust to these playing schedules and this can affect their performance. Kagiso  Rabada is a very talented South African pacer. He had too much of a tight schedule that his World Cup performance were affected. Prior to world cup in addition to his national duties he played in IPL. His South African Captain Faf Duplessi once admitted that these heavy schedules are affecting his premiere pacer's performances. 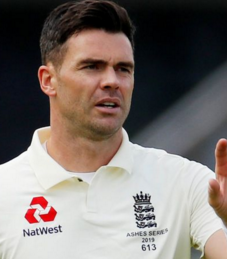 Technology can also be a reason for the ill fate of the bowlers. They are studied with great precision by the use of available technologies and familiarised to a big extent. These are some of the reasons among many, due to which we may get a feeling that there is a fall in quality of the pacers worldwide. Commercial interests are another reasons for the dominance of batsmen in cricket. The advent of T20 has also changed the mindset of cricket fans. People pay to watch entertaining cricket. And these ordinary fans don't want to see ball seeming or turning too much and troubling the batsmen. They don't want to watch those low scoring games where the runs just dry up and the wickets just pile up. People want to see high scoring games where boundaries just seems to come easily and batsmen score those big centuries .They want to be entertained by those countless sixes and fours. It is the age of T20s where audience expect you to score at the rate of 10 or 12 runs per over. In order to attract more audience they prepare such batsmen friendly pitches. Bowlers are made to suffer on these flat pitches. Acres above 300 have become more common these days. More batsman are touching the 200 run mark in ODIs. Score above 400 have been made more than 20 times and at time they are being chased down too. The numbers of audiences for test matches are dwindling. These majority of audiences don't have any particular interest in those battles between ball and bat. They don't find it dashing enough. ICC is trying out different tactics to keep the interest in test matches among the audiences alive. The introduction of day-night test matches is one such tactics. It can be any of those dead pitches where bowlers don't get any help, and it just gets away without any controversies. But once you prepare a pitch where a test match ends in three days everything seems to go wrong. There can be some sort of economic reason too in such controversies. The broadcasting channel will be able to achieve maximum benefits through advertisements only when a test match lasts through all five days. If the pitch turns or seams too much there is a great chance that the test match may end within 3 or 4 days and bring some economic loss to the broadcasters. Green grass is often shaved off from the pitches just before the start of matches. Despite these drawbacks bowlers have found ways to control those batsmen even of flat pitches. Slow deliveries, slow bouncers, knuckle balls, in-cutters are some of those deliveries which was developed to deceive the batsmen and trap them. 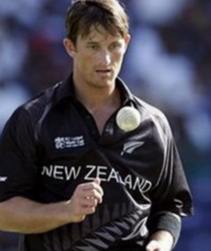 The quality of pace bowling has certainly diminished in some countries. But that is not the case of bowlers only but batsmen too. West Indies and Srilanka are the best examples. Many may lament that West Indies don't produce enough fast bowlers like Michael Holdings or Joel Garner. But in the present age do they have batsmen like Clive Lloyd, Vivian Richards or Brian Lara? So it is not the case of fast bowlers only, but the quality of cricketers in general. The decline of West Indies cricket was due to feud between the players and the board. But still they had some quality bowlers in Fidel Edwards, Jerome Taylor and so on. Similar is the situations in some other countries too. South Africa after the retirement of Allan  Donald and Shaun Pollock were well served by the likes of Dale Steyn, Morne Morkel, Vernon Philander, Kagiso Rabada, Ngidi and so on. So we can see that there is no shortage of real pace in the ranks of South Africa. Dale Steyn did overtake Pollock to become the highest wicket taker for South Africa. Sometimes South Africa's team combination suffers due to reservations.In case of Australia they were always blessed with real pace bowlers. Brett Lee, Josh Hazelwood,Pat Cummins, Mitchell Starc have all been great for Australia even in this 21st century. In fact Mitchell Starc deliverd at a pace of over 160 kmph  to Ross Taylor in a test match. So that shows there is no shortage for real pace in the modern era.Till now he has taken 244 wickets from 57 test matches and 178 wickets from 91 ODIs.That is an enviable record especially when we take into consideration , the flat tracks on which they play most of the games. England too have a great pack of fast bowlers led admirably by James Anderson.He is the highest wicket taker for  England in their test history with 584 test wickets at an average of 26.83 which is better than Ian Botham's average . Anderson was well supported by the likes of Sturat Broad,Andrew Flintoff,Mathew Hoggard,Steve Harmison and so on. Indians never had many fast bowlers in early years. Kapil Dev, Javagal Srinath, Amarnath were some of the rare Indian fast bowlers who came to the scene up to 90s. In 21st century India can boast of the presence of some genuine pacers in her ranks. India was known for her batting and spin bowling skills. But now the pacers like Jasprit Bumrah, Mohammed Shami, Ishant Sharma, Bhuvaneshwar Kumar are world class and are among the best in the world. In early 21st century India was well served by the likes of Zaheer Khan,Irfan Pathan,S Sreeshant and many others. Zaheer Khan was a wile customer who could swing it both ways. He was skilled in the art of reverse swing. Presently, Jasprit Bumrah is one of the best fast bowlers. If we take the case of NewZealand the names like Shane Bond,Tim Southee, Trent Boult may pop up in our mind. Shane Bond could only play in 18 test and 82 ODI matches. But from them he has picked 87 and 147 wickets respectively and a great average of 22.09 in tests and 20.88 in ODI. For Pakistan, in early 21st century they had the services of then worlds fastest bowler Shohaib Akthar. Now they have the world class Mohammed Amir,Mohammed Abbas, Wahab Riyas and so many likes in their pool. Lasith Malinga of Srilanka was a revelation in pace bowling. His toe crushing yorkers created headache for most batsmen. The slinger is a specialist in death overs and could bowl yorkers at will. 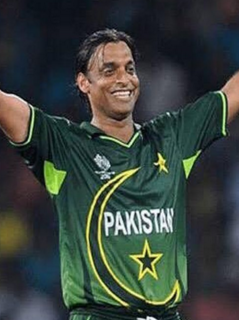 So in reality there is no shortage of pace bowlers in the current cricketing world. The world has produced quality bowlers every now and then. But it is the commercial interests of organizers which is hindering the dominance of bowlers. Despite all those rules and regulations in support of batsmen, our pace bowlers have developed new weapons to tackle the batsmen. Pace bowlers have always been an integral part of the game and a treat to watch.
Posted by DREAM TEAM at 03:05