Srilanka was not a cricketing power to reckon until 1996 world cup. Before 1996 they have won only 4 world cup games. Under the coach Dav Watmore and captain Arjuna Ranatunga, Srilanka did the unexpected in 1996. They lifted the world cup defeating Australia in the final. From then on Srilanka has been one among the best teams in the world. They had the services of many great batsmen like Arjuna Ranatunga, Aravinda De Silva, Mahela Jayawardene,Kumara Sangakkara, Hashan Tilakaratne , Roshan Mahanama and many others. The spin wizard Muttiah Muralutharan was a great influence in the team success. Other than Muralitharan, bowlers like Chaminda Vaas, Lasith Malinga,Nuwan Kulashekhara all provided their best efforts for Srilankan Cricket. Here 'Team Predictors' discuss about the top 5 batsmen in the Srilankan history.

Kumara Sangakkara is the best batsman that Srilanka has ever produced. The wicket keeper batsman has scored tons of runs for his team. The former Srilankan captain is the second highest ODI run aggregator with 14,234 runs in 404 matches at an average of 41.98. Sangakkara is known for his class and cricketing acumen. The consistency he displayed was alarming for most of his opponents. In 2015 World Cup he scored 4 consecutive centuries. The 4 consecutive centuries were 105* against Bangladesh, 117* against England, 104 against Australia and 124 against Scotland. He was quite used to scoring centuries in a trot. He has achieved a similar fete in tests too, when he became the first batsman to score 150+ runs in 4 consecutive tests. In tests he has scored 12,400 runs from 134 matches at a whopping average of 57.40. 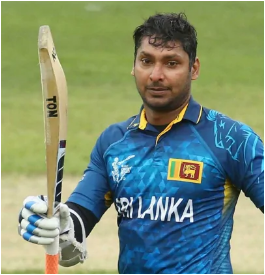 Sangakkara has scored 11 double centuries in his career. Only Donald Bradman with 12 double centuries has more double centuries in tests than the former Srilankan captain. Sangakkara has also scored 38 centuries in his test career. The Srilankan wicket keeper batsman is the quickest to reach 12,000 runs in tests. Sangakkara helped Srilanka to reach many milestones and sometimes he was there to fight it alone. Sangakkara guided Srilanka to their maiden T20 world cup title in 2014 and earned the Man of match award in the final against India. In 2007 world cup final against Australia he scored a valiant century, but could not guide the team to victory. In short, Sangakkara is regarded as one of the best batsmen who has ever played for Srilanka.

Mahela Jayawardene has been an act of class for Srilanka for many years. The batsman with silky touch was always a treat to watch. Mahela is the only batsman to score a century in both semifinal and final of a world cup. He achieved this fete while scoring centuries against New Zealand in 2007 World cup semifinal and against India in 2011 World cup final. Mahela Jayawardene has scored 11,814 runs in 149 tests at an average of 49.84 with 34 centuries. In ODIs he scored 12,650 runs from 448 matches at an average of 33.37 with 19 centuries and 77 half centuries. His average in ODI was not as charismatic as in test matches. Mahela never reached 150+ score in ODIs. 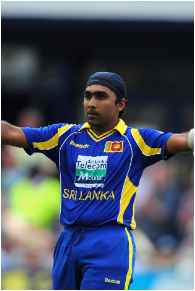 His highest score was 144.  His knock of 103* against India in 2011 World cup finals was one the greatest quality innings. The Srilankan's highest score in tests is 374 against South Africa. It is the highest individual score in test for Srilanka. Mahela Jayawardene was an exceptional captain and a great close in fielder too. He is the only non wicket keeper player to take 200+ catches in both tests and ODIs. Muttiah Muralitharan and Mahela Jayawardane formed a great bowler and fielder combination. Batsmen getting out caught by Mahela, bowled by Muralitharan was a regular event. Mahela's excellence was not limited to ODI and Tests. He found himself comfortable in T20 format also. He is the first Srilankan to score centuries in all three formats of the game. Currently he is the highest run getter in T20 World Cup history.

The name of Aravinda De Silva brings into the mind of cricket lovers, the Srilankan heroics of 1996 Cricket World Cup. De Silva played a major role in helping Srilanka to win their first World title. The Srilankan was known for his attacking batting. Aravinda De Silva scored century against Kenya, and half centuries against Zimbabwe and India in the tournament. The major innings came in the final against Australia, where he scored a match winning 103*. The innings earned him the Man of Match award in the final. Aravinda De Silva has scored 6361 runs from 93 tests at an average of 42.97 with an highest score of 267. In ODIs he has scored 9284 runs in 308 matches at an average of 34.90. In ODIs his highest score is 145. He has scored 20 centuries in tests and 11 of them in ODI. 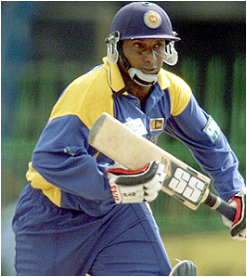 Aravinda De Silva was one of those key players who helped the Srilankan team to raise from underdog status to world champions. He was awarded the Man of Match award in 1996 World Cup Final for scoring the century and picking up 3 Australian wickets. Aravinda is the first batsman to score unbeaten centuries in both innings of a test match. He scored 138* and 105* against Pakistan in 1997. He scored a double century in his final test innings, which was against Bangladesh in 2002. He also picked up a wicket in the last ball of his test career.

Interestingly Sanath Jayasuriya came to the Srilankan team, as a bowler who could bat. But things turned up nicely for the left hander as his batting skills were exploited by the team management and he was promoted up the order. Jayasuriya was one of the best attacking batsman in late 90s. Such fierce was his onslaught that there were rumours about a spring in his bat ! Sanath Jayasuriya along with Ramesh Kaluwitharna exploited the initial fielding restrictions in 1996 world cup matches. It was a new idea for the cricketing world, where everyone used to start the innings slowly and then had a go at it. But the 'Matara Marauder' used to attack from the very first ball and tried to destroy the morale of the bowler. Jayasuriya smashed a 17 ball 50 and 48 ball century against Pakistan. At that time it was the fastest 50 and century. 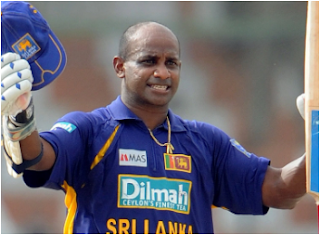 Currently the records are held by AB de Villers of South Africa. Jayasuriya has scored 13,430 runs from 445 ODI at an average of 32.36 with the help of 28 centuries. He has also taken 323 wickets in one day format of the game. In tests, Jayasuriya has compiled 6,973 runs from 110 matches at an average of 40.07. Jayasuriya was one of the main architect of Srilankan victory in 1996 World Cup. He was adjudged as Man of Series of the tournament for his contributions. His top score in ODI is 189 and in tests he has scored 340. Sanath Jayasurya has second most number of Man of Match awards behind Sachin Tendulkar.

Tilakaratne Dilshan played most of his career as a middle order batsman. There he got limited opportunities to express his skills. But later in 2007 he was promoted to the role of an opener and since then there was a drastic change in his approach towards the game. Dilsha proved to be an innovative and explosive opener with an improved consistency. ODI and T20 format was more suited for the Silankan. He  has scored the most runs by any batsman since the age of 35. Dilshan was the second Srilankan to score century in all three formats of the game. In tests he has scored 5,492 runs from 87 matches at a decent average of 40.98 . 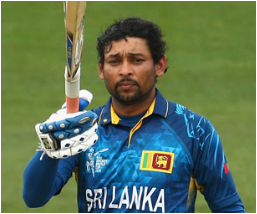 He has scored 16 centuries in longest format of cricket with an highest score of 193. In ODIs he has scored 10,290 runs from 330 matches at an average of 39.27 with an highest score of 161*. In ODI , Dilshan has scored 22 centuries and 21 of them came after he was promoted as an opener. He was the highest run scorer in 2009 T20 World Cup and 2011 50 over World Cup. Dilshan is known for his famous 'dilscoop' shot, which is played over the wicket keeper's head. Dilshan was also a great fielder.