India has been blessed with many quality cricketers. But some of them failed to break into the national team. In this article 'Team Predictors' discuss about some of such players who missed out their opportunities to don the national cap. Some of them failed just because of presence of some big names in the Indian line up and others missed out because of offensive nature of selectors. Any way, we can have a look at some of those talented, but unfortunate cricketers.

The right hand middle order batsman started off his career with Delhi. After six years he shifted to Bihar team. Hari Gidwani, who was a  gallant stroke player, performed consistently in domestic seasons and at times was too close for selection. But fate never allowed him to play for India. Gidwani made 6,805 runs from 119 first-class matches at an average of 42.53 with 15 centuries. Gidwani had scored centuries in 5 successive Ranji trophy matches during 1986-87 and 1988-89 season.

His highest score of 229* was scored against Karnataka in 1989-90 Ranji trophy quarter finals.He was close to national selection when he scored a century against visiting Srilankan team in 1975. He even got a note from Salim Durrani stating that he hoped to see Gidwani in the Indian team very soon. But the selection call never came his way.

Bhaskar Pillai was born in Trivandrum, Kerala. The stylish middle order batsman played for Delhi from 1982 to 1994. He played 95 first class matches, scoring  5443 runs at an average of 52.84 including 18 centuries and 21 half centuries. His highest score is 222. The malayalee who migrated to Delhi was a dashing player of very high standards. His century for North Zone in 1992 playing against South Zone was a real example of his talent. He was hit by a toe crushing yorker and had a broken toe nail. When he came to bat at five down position, North Zone was really in need of some miracles. Bhasker went on to score a century and set South Zone a target of around 200. 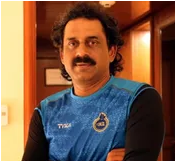 South Zone failed to achieve the target and North Zone won the match. KP, as he was affectionately called by his colleagues, averaged about 70 in the Ranji season, between 1983 and 1989. The presence of talents like G Vishwanath, Amarnath prevented KP from getting into the team. In his later part of cricketing life the presence of Tendulkar, further minimized his chance of getting selected.

Rajinder Goel is the highest wicket taker in Ranji trophy with 640 wickets from 123 matches, that too at an impressive rate of 17.15. Born in Punjab, the left arm spinner represented South Punjab, Delhi and Haryana in Ranji Trophy. Rajinder Goel played for India in a lone unofficial test against Ceylon in 1964. He took 4/33 in the second innings of the match. The presence of Bishan Singh Bedi halted his progress to the Indian team. In the absence of Bedi, he was called for a test against West Indies at Bangalore in 1974. But unfortunately he was not selected in the playing XI.

When Australia came to India in 1979, Goel managed to pick 9 wickets in a practice match, including 6/103 in the first innings. But this time too, the national selectors let him down. He retired from cricket in 1984. Even in his last season, he had picked 39 wickets from 6 matches. In an interesting event, a dacoit , Bukha Singh Yadav once wrote to the left arm spinner, from Gwalior jail, congratulating him on picking 600 wickets in Ranji tournament !

Padmakar Shivalkar was a left arm spinner who had taken 589 wickets from 124 first class matches at an enviable average of 19.69. But unfortunately, he came into the cricketing scene at the wrong time. The towering presence of Bishan Singh Bedi confirmed that there was no place for another left arm spinner in the Indian team. Shivalkar bowled with a cricket ball for the first time, when he went for trials in Mumbai.He is the highest wicket taker for Bombay 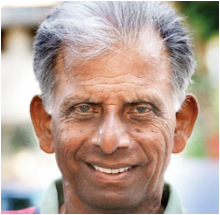 hivalkar's best figures of 8/16 came against Tamil Nadu in Ranji Trophy final in 1972-73. In his book, the batting legend Sunil Gavaskar mentions about 31 idols of cricket. Interestingly two non test players too found their place in the list and they were none other than Padmakar Shivalkar and Rajinder Goel.

Among modern day cricketers, Amol Mazumdar has been the most unluckiest. Despite averaging close to 50 in first class cricket and scoring 30 centuries and 60 half centuries Amol Muzumdar, unfortunately never got a chance to don the Indian jersey. Along with Sachin Tendulkar, he was an inmate of Sharadashram Vidyamandir School. When Sachin and Kambli together plundered a record partnership of 664 runs in Harris Shield match, Muzumdar was padded up next. Unfortunately the great talented player remained padded up in the latter part of life too, as he never got a chance to play for India while Sachin and Kambli went on to play for India. Muzumdar was a middle order batsman. 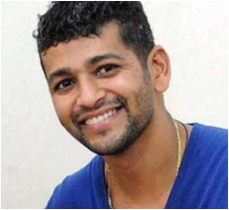 During that time India had a well settled middle order in Dravid, Ganguly, Azharuddin and Laxman. Muzumdar made 260 on his first class debut against Haryana in Ranji Trophy quarter finals in 1993-94. He held the record for most runs in Ranji trophy, which was later overtaken by Wasim Jaffer. Muzumdar had scored 11,167 runs from 171 first class matches. But despite all those heroics, Muzumdar failed to attract the attention of selectors. Muzumdar played primarily for Mumbai in domestic level. In the latter stages he shifted to Assam.

The right handed batsman held the record for most runs in Ranji trophy until 2009, when Amol Muzumdar overtook him. Amarjeet Kaypee was a familiar name for Indian cricket followers of 80s and 90s. He had scored 7,894 runs from 117 first class matches at an average of 52.27 with the help of 27 centuries and 34 half centuries. The consistency he  displayed was amazing, and his highest score of 210* came against Delhi. Amarjeet played at domestic level for Haryana and Punjab. 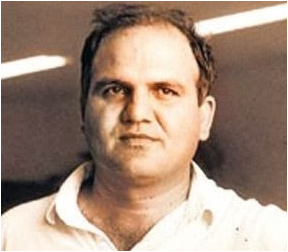 So that's all for this article. We have tried to include the top 6 players. The list may go on forever. The players like Hyder Ali,Vinay Lamba, Venkat Sundaram, Rizwan Shamsad, Dilip Doshi also may be included in the list of players who missed out a chance to play for India. They also deserved to be treated by the selectors in a better way.
Posted by DREAM TEAM at 11:20