Formation of Cricket Team in Germany


For most of the cricket lovers , the name 'Germany' won't ring a bell. Football has been the popular game among Germans for decades. But surely, cricket is slowly growing in the European nation. Cricket is not altogether new to Germany. History tells that cricket was played in Germany from 1850s. The popularity of cricket in Germany declined drastically with the coming of Nazis. The first German cricket club was formed in Berlin way back in 1858. The cricket team from Worcestershire had toured Germany in 1937. The visiting team won all the three games against the host. Nazis were not particularly amused by the game of cricket and they found it less violent. Germany began to forget the game of cricket. As most of the Europeans, they too adopted Soccer as their favourite sport. German Cricket Federation was formed in 1988. They became an affiliate member of ICC in 1991, and later in 1999 they became an associate member. Germany made their international debut in 1989, when they played as West Germany against Denmark. In 2001, they played in the World Cup qualifier for the first time. In 1998 Germany made their debut in the European Championship. In 2010 they reached third position in World Cricket League. 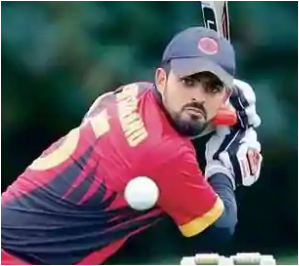 Germany received full International T20 status in 2018, thanks to the new rule of ICC. Germany played their first T20I in 2019 against Belgium. The German government has been warm hearted towards the world refugees. They had addressed the issues of refugees and has been ready to accommodate them into their land. As a result immigrant population has been growing in Germany in recent years. Refugees from Asian countries like Afghanistan have in turn lead to the rise of popularity of cricket in Germany. Cricket is not much popular among the current German population. But the immigrants have cricket in their blood. Particularly, the soaring Afghan population is creating ripples in the cricketing set up of the country. But the life of cricketers are not particularly smooth in the current scenario. There is a lack of funding for the sport. Infrastructure needs to be developed further. Most of the cricketers have to find some other jobs to support their family. Remuneration from cricket is far too less when compared to other regular cricket playing nations. This may reduce the professionalism among the cricketers. Less popularity of sport among local people hinders its growth to some extent. More than 90% of active cricketers in Germany are Asian population. In 2017 ICC ruled that a person needs to reside in the country for only 3 years to be eligible to play international cricket for that country. Earlier the player had to be a resident for 7 years. So the change of rule, made the path of immigrant players to the national team further easy. The number of cricket clubs in the country has gone from about 60 to 370 within a span of about 10 years. But cricket needs to develop further, especially among local residents, to take Germany further in the international arena . There is some sort of dismay among locals, that cricket is attracting more refugees to their country.

So far Germany has played 12 International T20, out of which they have won 8. Their first T20 International was against Belgium in May, 2019. Germany won the match by 9 runs.
They followed it with a 62 runs victory against the same opponent. But Germany has lost all the three games against Italy in 2019.Their fourth defeat came against Spain in March 2020. But managed to defeat Spain by 58 runs in the very next game. In T20I, the highest team total for Germany is 180/3 , which came against Spain in 2020. In case of individual scores, Vijayashankar Chikkannaiah's 70* vs Belgium is the highest. Ahmed Wardak's 4/20 against Guernsey is the  best bowling figures of a German bowler. Also he has the most number of wickets for his country. He has taken 14 wickets at an average of 14.00 in T20I.