Chennai Super Kings is one among the IPL teams who can boast of a large fan base. The team has done fairly well in all editions of IPL. But this year it has not been great so far, for the Chennai outfits. MS Dhoni has been a great leader for the team and the wicket keeper batsman has to find some ways to take his team to the path of recovery after the initial setbacks in the current tournament. To the sheer delight of their fans, Chennai Super Kings managed to defeat the strong Mumbai Indians in the opening match of IPL 2020. But since then the team has managed only one win in the next 5 outings and are placed 6th in the table.

In the opening match CSK chased down the target of 163 set by Mumbai Indians with 5 wickets in hand, thanks to a 44 ball 58 from Faf Duplesi and 48 ball 71 by Ambati Rayudu.

The absence of Suresh Raina in the middle order has affected the balance of batting line up. The injury of Ambati Rayudu after the first game further dented the chances of CSK. Faf Duplesi has been a great form, but rarely he got any support from the other end. He  scored 37 ball 72 against Rajasthan and 35 ball 43 against Delhi. Unfortunately both innings went in vain. Rituraj Gaekwad who came in for an injured Ambati Rayudu failed miserably. So was Murali Vijay who struggled to get going. Fortunately for CSK, Ambati Rayudu has made a comeback to the team. 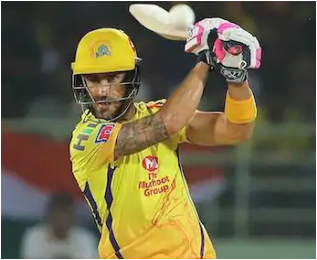 Shane Watson seems to be back in touch, and that can be a great relief for the CSK camp. Sam Curran has been impressive with ball and with the bat. His small cameos has helped CSK raise their run rates in the last overs. Dhoni has been impressive in parts with the bat. He needs to reduce the dot balls in the middle overs. The dot balls in middle overs are further increasing the pressure in last overs. Everything is left for last 2 overs in their chase as we could see in their match against Rajasthan. Dhoni played quietly until the last over in that match. CSK required an impossible 37 runs in their last over after Jadeja gleefully left the last ball of the penultimate over. It was in the last over Dhoni tried for some hits and managed to hit a couple of huge sixes. But that could have been done a couple of overs before and the result would be different. Kedar Jadav needs to make some adjustments to his game as well. His slow run rate is mounting the pressure on the team in the last overs. Jhadav is playing as a specialist batsman in the team, as he hasn't bowled  in the tournament so far. 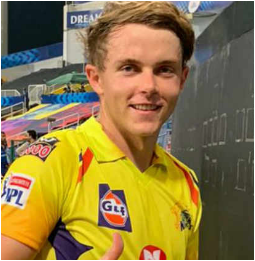 CSK may be thinking of finding a replacement for him in the upcoming matches. CSK bowlers have done reasonably well in the matches, but needs to take wickets at more regular intervals. Interestingly Sam Curran is their top wicket taker with 7 wickets from 6 matches. Dwayne Bravo was impressive in the match against Kolkata, especially in the last over. Kolkata batsmen failed to read his slow balls and perished. He gave away just 5 runs and picked two wickets in the last over. CSK hasn't made use of his service with the bat so far. The spinner Karan Sharma who replaced Piyush Chawla in the game against Kolkata was impressive.

CSK has the services of some great players, and leadership of an impressive captain. The cricketing fans can expect then to bounce back in the upcoming matches.