The pakistani pacer bids goodbye to his cricketing career after representing his country in 47 tests, 130 ODIs and 60 T20I. Umar Gul represented Pakistan in the Under 19 World Cup in 2002.The very next year in 2003 he was selected for the national ODI and test teams. Umar Gul has picked up 163 wickets in 47 tests and 179 wickets from 130 ODIs.
Umar Gul was particularly more lethal in the T20 format. He has scalped 85 wickets in 60 T20I at an average of 16.97. He was one of the mainstay behind Pakistan's success in 2007 and 2009, T20I world cup held in South Africa and England resprctively. In 2007, Pakistan reached the finals, but lost to arch rivals India in the final hurdle. Umar Gul was the highest wicket taker in the tournament with a tally of 13 wickets. In the second T20I World Cup, 2009 Pakistan became the champions, and this time too Umar Gul was the highest wicket taker with 13 wickets. In the list of highest wicket takers in T20I, Umar Gul is placed 5th. The list is headed by Lasith Malinga of Srilanka with 107 wickets from 84 matches. The best figures of the Pakistani pacer reads 5/6. The whooping performance came against New Zealand in 2009 ICC T20 World Cup. His figures of 4 wickets for 8 runs against Australia at Dubai was another performance which fetched accolades from the cricketing community. The toe crushing yorkers and reverse swing were the main weapons for Umar Gul. 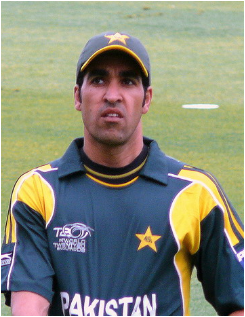 In test he was often prone to injuries and at times it halted his progress. His best performance in test of 6/135 came against Srilanka at Gaddafi Stadium in 2009. In his first test match he could pick only 2 wickets. In the second and third match he picked up 5 and 8 wickets respectively against the same opponents. In ODIs his best bowling figures read 6/42. The performance came against England at Kennington Oval in 2010.