The test match played between England and South Africa at Centurion in 2000 has been special in the cricketing history for many reasons. It was in this match where the innings forfeit occurred for the very first time in history of test cricket. Until then, many cricket followers were not much familiar with the rule. In normal test match usually the innings of a team is terminated when they get all out or else when the captain declares an innings. But this match witnessed a new method of Forfeiting, where the captain altogether sacrifices an entire innings of a team. England, lead by Nasser Hussain had won the toss and elected to bowl first. The English bowlers proved the decision of their captain right and restricted the South African batsmen to 155/6. But then unfortunately the heavens opened up and the rain came down. 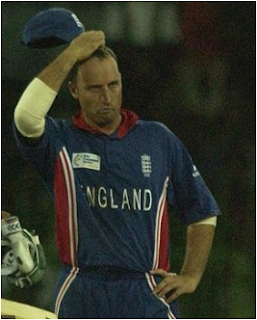 The rain continued to play havoc for the next three days and the match seemed to be moving towards a draw. Only the final day was left and nothing much was expected other than a dismal draw. But there was turnaround for the proceedings on the fifth day morning. The South African captain Hansie Cronje put forward an idea to Nasser Hussain. According to Cronje, if South Africa managed to make around 250, they are ready to declare and forfeit their second innings, if England are ready to forfeit their first innings. So that means South Africa's first innings score will be the target of England. English Captain Nasser Hussain, found the offer too good and readily accepted the conditions. On the fifth day of the match South Africa batted for almost 27 overs and declared their innings at 248/8. Lance Klusener was the top scorer for South Africa with a score of 61*. He was unbeaten at one end , when the South African captain declared the innings. The cricketing world were witnessing some bold moves from the captain and the players. Now as per the terms and conditions made earlier, England discarded their first innings and South Africa their second innings. Now England had to make 249 in their so called second innings to win the match. The South African bowlers reduced England to 102/4 at one stage and the match was heading towards an interesting phase. Michael Vaughun and Alec Stewart played spoil sport on South African dreams as the duo built a 126 run partnership for the fifth wicket. Alec Stewart was dismissed for 73 when the score was at 228. England lost some further quick wickets and were in a precarious situation at 240/8. But they managed to hold their nerves and chisel down the required runs. Darren Gough and  Chris Silverwood managed to prevent any further loss of wickets and England won the match by 2 wickets.

The cricketing world hailed the bold movement taken by the captain. The decision had brought life to a dismal dead match. But the appreciation and praises we're not be continued long. Hansie Cronje was arrested for match fixing in India in the same year 2000. Hansie Cronje revealed to the world that the famous match at Centurion was also a fixed one. The match which was considered to a a classic battle, suddenly lost all its glory and everything turned to ashes. Later Allan Donald mentioned that he was surprised when Cronje put forward such an idea in the team meeting. So that was the only time when the teams agreed to forfeit their innings in a test match. The match was fixed by Cronje for a bookmaker who could have lost big amounts in case of a draw. 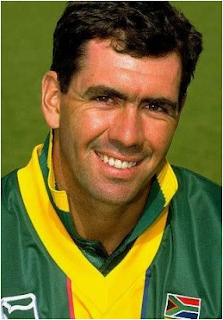