Bangladesh beat Zimbabwe by 220 runs to win the one-off Test. Throughout the Test, the tourists displayed a lot of spirits, particularly with the bat, as their batsmen took advantage of the favourable batting environment. Liton, Mahmudullah, and Taskin's resilience enabled them to achieve a big first-innings tally in the opening innings. The scores by Shanto and Shadman in the second innings enabled them to set a massive target of 477 for the opponents. Bangladesh was 132/6 at one point in their first innings. You have to seize key moments in the game, and Zimbabwe was unable to do so. Bangladesh was successful in doing so, and Mominul and his team deserved that win. Brendon Taylor batted brilliantly for Zimbabwe but was caught out at the wrong time. Kaitano had a strong debut. His 311 ball 87 in Zimbabwe's first innings warrants a special note. In the first and second innings, Brendon Taylor hit 81 and 92 runs, respectively. Zimbabwe was in a good position, but they squandered it. Zimbabwe has cleared the 200-run mark in the first innings with only two wickets lost. Zimbabwe performed admirably, but only in bits and pieces. Bangladesh has a strong team with world-class players.

In terms of bowling, Mehidy was the best of the bunch with nine wickets, but Taskin deserves a standing ovation for his outstanding all-round performance. He had a match-defining partnership with Mahmudullah for the ninth wicket in the first innings, scoring 75 runs. In the morning session, he was brilliant with the ball, taking four wickets for a total of five scalps in the Test. Both teams' fielding was subpar, so they'll need to improve before the limited-overs series begins. Individual efforts from Taylor and Kaitano stood out for Zimbabwe, but the rest of the batters were unable to contribute as the team fell well short of the mark. In the first innings, Muzarabani claimed four Bangladesh wickets.

For his stunning century of 150* in the first innings, Mahamudullah was named man of the match. He had also announced his retirement from test on third day of the Test match.  Liton Das batted admirably but fell short of a century. Taskin and Mahamudallah worked well together. Taskin was a little impatient at times, but they formed a nice collaboration, and the total came out well. Liton and Mahmudullah's partnership was significant, as was Taskin's 75-run innings. Although the ground was so flat, Mehidy grabbed 9 wickets on it. As a result, it was a true team effort. Shakib also picked up some key wickets. 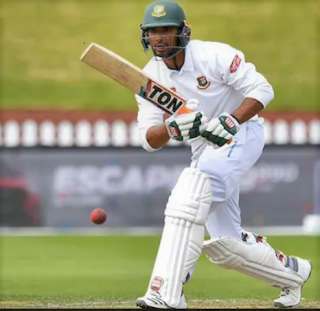 Many cricket experts questioned Bangladesh captain Mominul Haque's decision to play with eight batters in the playing XI. Bangladesh will be full of confidence after this victory, and they will be hoping to repeat it in the ODI series. Following this one-off Test, Zimbabwe will play three ODIs and three T20Is, so it would be intriguing to see how they respond in the limited-overs contests. Bangladesh has a very strong One-Day International team, but given the circumstances at home, Zimbabwe should be able to compete better. This is all we have from the Test.