What was the fate of the teams that beat India in the group stage of the Twenty20 World Cup? Let's do a test,

2007– (Winners India): India topped the group in the preliminary stage. The teams shared the points after the India-Scotland match in Group D was abandoned without a single ball being bowled. The best teams in the 4 primary groups clashed again in 2 groups. Only New Zealand beat India in Group E. The victory was by 10 runs. Pakistan beat New Zealand in semi-final. India beat Pakistan in final. 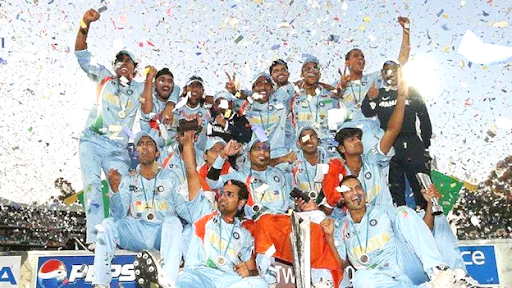 2009– (Winners Pakistan): India was undefeated in the preliminary group stage. India lost to South Africa, the West Indies and England when the top 8 teams in each of the four groups met in two groups. In the semi-finals, Pakistan defeated South Africa and Sri Lanka defeated the West Indies. Pakistan beat Sri Lanka in final

2010– (Winners England): India was once again undefeated in the preliminary group, which included Afghanistan and South Africa. India lost to Australia, West Indies and Sri Lanka as the top 8 teams in Group 4 met again in Group 2. England beat Sri Lanka in the first semifinals. England beat Pakistan in the second semi - final to lift the title.

2012– (Winners West Indies): India continued their undefeated streak in the preliminary stages comprising England and Afghanistan. Australia defeated India when the top 8 teams in Group 4 met again in Group 2. Australia and Pakistan advanced to the semi-finals on the back of a net run rate from the group that included India. The Windies beat Australia in the semi-finals and Sri Lanka in the final.

2016– (Winners West Indies): New Zealand, Australia, Pakistan and Bangladesh in the group that includes India in the Super 10. This time New Zealand defeated India. But in the semi-finals, New Zealand was defeated by England and India by the West Indies. West Indies went on to clinch the cup. 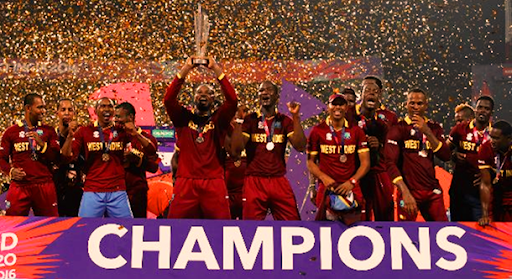 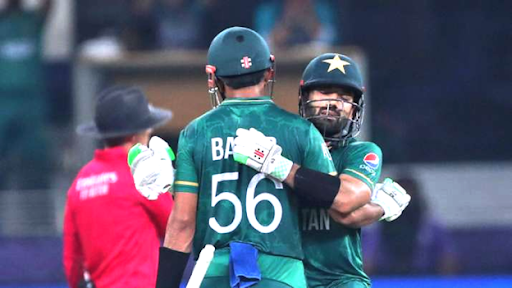