After an unexpected 2-1 loss to Bangladesh in the ODI series, India came back strongly to register a 2-0 victory in the test series. India won the first test in Chattogram by 188 runs and the second test in Mirpur by 3 wickets. Bangladesh too had their moment in the series, especially in the second match of the series. With the victories India has managed to move into the second position of World Test Championship.

In the first test Indians managed a more than decent score of 404 in their firs innings. At one stage India were 112/4. But Chetheshwar Pujara and Shreyas Iyer managed to score half centuries and pulled India out of the tricky situation. But both missed their centuries and were out for 90 and 86 respectively. Down the order there were strong contributions from Rishabh Pant(46), Ashwin(58) and Kuldeep Yaday(40). Bangladeshi spinners Mehidy Hasan and Taijul Islam picked up 4 wickets each. Mehidy Hasan as a batsman has been a thorn in Indian flesh in the ODIs and he continued to challenge the Indian batsmen with the ball as well in the test series. But he failed to repeat his heroics with the bat in the test series. In reply Bangladesh could only manage 150 runs with Mushfiqur Rahim being the top scorer with 28. Bangladeshi batsmen were clueless to the left arm wrist spin of Kuldeep Yadav. The Indian spinner managed to pick up 5 wickets for just 40 runs. 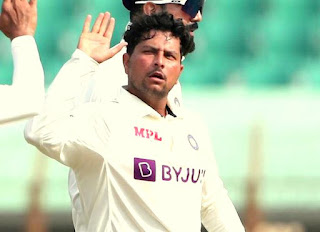 In the second innings India declared at 268/2. Chetheshwar Pujara scored an uncharacteristic century. The Indian middle order batsman scored 102 off 130 balls, with the second part of 50 runs coming at a strike rate of more than 100. Bangladesh had a whooping target of 513 runs. But Bangladesh put up a better fight in their second innings. They managed to score 324 runs, but lost the match by a huge margin of 188 runs. The debutant Zakir Hasan scored a gritty century. The youngster showed great application and composure during the innings. Shakib Al Hasan and Najmul Hossain also scored half centuries. Had the Bangladeshi batsmen showed the same intent and quality in the first innings too, it wouldn't have been a one sided affair. Shakib Al Hasan also seemed to be not cent percent fit, as he was not bowling much in the match. 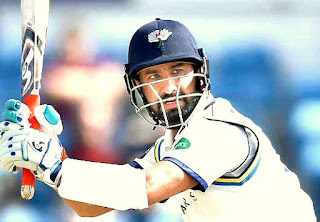 The second test match was played at Mirpur and Bangladesh had better hopes this time coming from a fine second innings show in the first test. Having missed out the first test due to  injury, the Indian captain Rohit Sharma was ruled out of the second test too. But the surprise move came in from the Indian stand in captain KL Rahul, when he dropped the hero of the first test Kuldeep Yadav. India went in with 3 pacers. Jayadev Unadkat was chosen ahead of Kuldeep Yadav. The Indian think-tank considered the pitch to be more helpful to pacers than the spinners. Batting first Bangladesh managed to score only 227 in their first innings. Mominul Haque who was making a comeback to the test team scored 84. Jayadev Unadkat managed to pick 2 wickets, while Umesh Yadav and Ashwin picked 4 wickets each. Jayadev Unadkat had made his debut against South Africa in 2010. He had to wait all these 12 years to play his second test match. In reply to Bangladesh's first innings, Indians managed to score 314. At one stage India were 94/4. But once gain Bangladesh let the Indians off the hook. Rishabh Pant (93) and Shreyas Iyer (87) scored half centuries to take a lead of 87 runs in the first innings. Shakib Al Hasan and Taijul Islam picked up 4 wickets each. Bangladesh's first innings failure was going to hurt them for a second time. In the second innings, Bangladesh had a poor start, and at one stage they reached 113/6, with the lead being only 26. So effectively they were at 26/6. But once again Bangladesh were reluctant to go down without a fight. Litton Das scored a fluent 73 which included 7 fours. There was ample support from the lower order batsmen . Nurul Hasan and Taskin Ahmed scored quickfire 31 runs each and their lead had reached 144. India had to score 145 runs. The target was only a small one, but the pitch was deteriorating at each moment. Bangladesh smelled the chance. Bangladesh removed the Indian captain KL Rahul when the Indian scoreboard was at 3 runs. The Bangladeshi spinners picked regular Indian wickets and at he end of day 3 India has lost 4 top order batmen for just 45 runs. Axar Patel who was sent ahead of Virat Kohli and night watchman Jayadev Unadkat were at the crease. India needed another 100 runs on day 4, with 6 wickets in hand.  The Bangladeshi spinners, especially Mehdi Hasan were giving the Indian batsmen a tough time. Some balls were turning and others were skidding through, with the odd ones keeping low. Axar Patel contributed a valuable 34 with the bat. Bangladeshi bowlers were making things worse for India, when they restricted them to 74/7. India needed another 71 runs and had 3 wickets in hand. Shreyas Iyer and Ashwin were at the crease. Ashwin has showed multiple times, even in Australia how he can handle these pressure situations. Shreyas Iyer and Ashwin managed to overcome some tense situation and took India over the line. Shreyas scored 29, and Ashwin scored 42. India managed a 3 wicket victory. 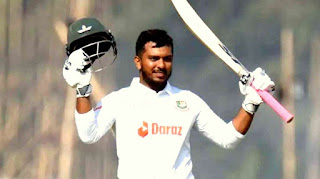 The omission of Kuldeep Yadav was a flawed decision and could have been fatal, had India lost the match. The form of KL Rahul and Virat Kohli is a matter of concern for the Indian team management. As far as Bangladesh is concerned, their low first innings score hurt their chances in the match. The need to put up a better show in the first innings. Zakir Hasan has been a bright spot for Bangladesh. The youngster showed great maturity and application and has the talent to reach great heights.