South Africa has always been a team to look out for in the World Cups. And most of the time they have managed to keep the fans' hopes alive, but unfortunately only up to the semi finals. At times they even managed to find ways to make an exit even without reaching the knock out stages. Despite being the firm favorites in many World cup campaigns, South Africa has never managed to get into the final, let alone winning the cup.

It was the first World cup campaign for South Africa. They were banned from International cricket in 1970. They had just returned to the International arena in 1991 and many cricket lovers didn't expect  South Africa to do wonders in the current World Cup. But they went on to surprise everyone winning 5 out of 8 matches. They qualified for the semi finals with ease. But the semifinal match turned out to be a tragedy for the resurgent South Africans. England made 252/6 in the first innings with Graeme Hick scoring 83. South Africa was on the course of victory with 23 required off 13 deliveries when the rain interrupted.Later when the rain had stopped South African target was revised as 21 required of 1 delivery! It paved way for the heart breaking exit for South Africa from their first ever World cup.

In 1992 South Africa surprised everyone by reaching the semifinals.But it was a different situation in 1996. Everyone expected them to reach the semifinals and even win the world cup. South Africa played up to the expectations winning all the 5 matches in the first round. The had beaten Pakistan,New Zealand,England,UAE and Netherlands.They topped the group. But they were eliminated in the quarter finals by the West Indies.West Indies made 264/8 in the first innings,thanks to a well made 111 off 94 deliveries by Brian Lara. In reply, South Africa could only manage 245, despite half centuries from Hudson and Cullinan. 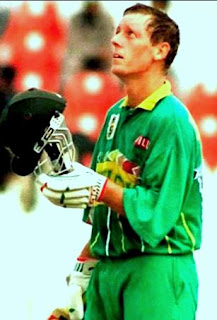 Just like in the previous edition of World Cup,South Africa managed to top the group in the first stage. They had won 4 out of the 5 matches. In the Super 6 stage they won 3 out of 5 matches. Another tragedy awaited them in the semi finals. Lance Klusener fought with all his heart in the semi finals against Australia,but the unfortunate run out of Allan Donald in the final over brought curtains to the South African dream. The match was tied with both teams scoring 213. Since Australia has defeated South Africa in the Super 6 stage , Australia went on to make into the finals. 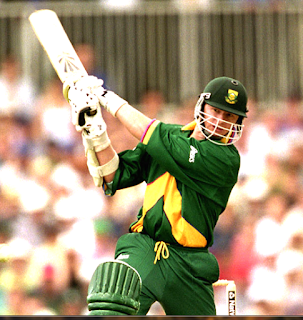 It was the first World cup hosted by Africa. South Africa,Kenya and Zimbabwe jointly hosted the tournament. But, despite having the home advantage, it was the worst World cup performance of South Africa.They managed only 3 wins out of 6 matches in the preliminary stage and crashed out the tournament. They had defeated Bangladesh ,Kenya and Canada. They lost the matches against West Indies and New Zealand.The match against Srilanka was tied. Once again rain played spoil sport on South African dreams. South Africa needed to win the match against Srilanka to advance to the next stage.But some calculation mistakes by South Africa in the Duckwoth Lewis method cost them the game. Srilanka had scored 268/9 with Marvan Attapattu scoring a century in the first innings. Chasing the score was not easy in those damp conditions.But Hershelle Gibbs and Mark Boucher kept the hopes alive.Gibbs scored 73 and Boucher scored an unbeaten 45. The D/L method showed 229/6 as par score in 45 overs. South Africa scored 229/6 in 44.5 overs. they had 1 ball to spare. Last ball was defended off without scoring to prevent loss of any further wicket and South Africa rejoiced in the thought of a victory. But later it was clarified by the cricketing officials that they had to go par the score of 229 . That is they had to score 1 more run to win the match. So the match was tied and once again the cricketing world witnessed the heartbreaking exit of South Africa. 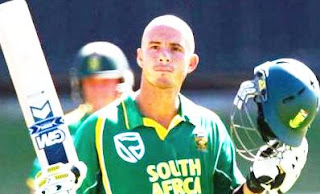 2007 World cup held in the Caribbean islands witnessed the exit of India and Pakistan in the group stage after their shocking defeats against Bangladesh and Ireland respectively. South Africa qualified for the Super 8 stage winning 2 off their 3 matches. They were the 4th team to qualify to the semifinals. But once again they lost the semi finals, and this time to the Australians. South Africa could only manage 149 in the first innings and Australia chased down the target rather easily.

In 2011 too they went past the group stage. They won 5 of the 6 matches. South Africa was the only team to beat India in the tournament. But once again they choked in the knock out stage. They lost in the quarter finals against the Kiwis. Chasing 222 they were all out for 172. Interestingly it was under a South African coach, Gary Kirsten , India lifted their world cup in 2011.

In the group stage they won 4 out of 6 games and were second in their group. Nevertheless, they advanced to the quarterfinals and defeated the 2011 finalists Srilanka. But just like the previous edition, Kiwis proved to be a thorn in flesh for the South Africans. The Black caps managed to defeat Proteas and advance to the finals for the first time in the world cup history. Batting first, South Africa posted 281/5 with Duplessi and AB de-Villers scoring half centuries.David Miller made a quick fire 18 ball 49. New Zealand target was revised to 298 in 43 overs by D/L method. New Zealand chased down the target with 1 ball to spare riding on half centuries  from Grant Elliott 84(73), McCullum 59(26) and Corey Anderson 58(57).

World cup 2019 was  a forgettable experience for the Rainbow nation. They lost against England, Bangladesh,India,New Zealand and Pakistan. The consoling victories came against Afghanistan, Srilanka and Australia. The match against West Indies was called off due to rain. South Africa faced injury problems for their premier players like Dale Steyn and Ngidi. Captain Duplessi admitted that their fast bowler Kagiso Rabada was too tired because of his busy schedule and IPL matches just ahead of the world cup. Aiden Markram who had a wonderful domestic season plundering runs throughout the season, was expected to make most of the given opportunity.But without any reason he failed to make any impact in the World cup. South Africa lacked a strong middle order. David Miller couldn't convert his starts into big scores. Much was depended on Faf Duplessi ,Quinton deKock and Hashim Amla. Amla didn't look his self in the initial stages of the tournament and that cost them dearly. In the later satges he regained his touch, but that was too late for the cause of South Africa.