Showing posts from March, 2021
Show All

The Hong Kong Cricket Sixes is a tournament organized by the Cricket Hong Kong. The tournament is sanctioned by International Cricket Council and is generally held at the Kowloon Cricket Club. Matches are intended to be watched on television, with rules and a setting that encourages aggressive attack and high scores. The tournament is best suited for the all rounders, as all players except the wicket keeper need to bowl an over. All editions of the tournament were held at the Kowloon Cricket Club, with the exception of the 1996 and 1997 editions, which were held at Hong Kong Stadium. History Pakistan won the inaugural trophy in 1992. Wasim Akram was chosen as the man of the match. Teams from Pakistan, England and South Africa have won the tournament 5 times each. The Indian won the 2005 edition. In 2006, South Africa beat Pakistan, the five-time champions. Sri Lanka won the World Cup in 2007 after defeating an All-Stars team that included Shivnarine Chanderpaul and Shane Warne. I
Post a Comment
Read more 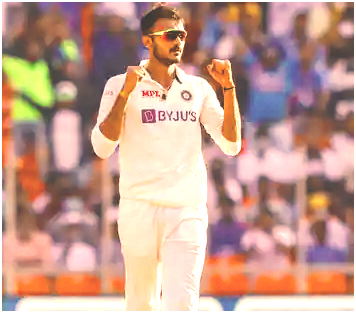 The visiting English team was undone by the Indian spinners in the Indian conditions. There were a lot of discussions regarding the spin friendly conditions in these pitches. But that is what we call the favorable home conditions. When the Indians tour New Zealand, South Africa and England they have to face the hostile pace friendly conditions. Likewise when these nations tour the Asian nations they should be prepared to face the spin friendly conditions here. England had defeated Sri Lanka in the recently conclude test series there and had high expectations.   Since 1980, England has been the only team to win two test series in India, the latest being in 2012. England started off well in Chennai.   Batting first they posted a mammoth total of 578, with Joe Root scoring a fine double hundred. The Indian first innings ended up at 337. England was all out for 178 in their second innings. But India couldn’t manage to put up a fight and was folded out for 192 runs. England had an impos
Post a Comment
Read more

Batsmen who have hit 6 sixes in an over 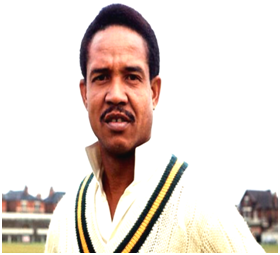 1. Sir Garfield Sobers On August 31, 1968, the West Indian all-rounder became the first player to accomplish the feat. Nottinghamshire was facing Glamorgan, and Sir Garfield Sobers was captaining the team. Malcolm Nash was taken to the cleaners by the West Indian great. Sobers hit five consecutive clean hits for six runs, but was caught on the boundary on the sixth. But unfortunately for the fielding team, the fielder Roger Davis made a mess of it and the ball crossed the boundary ropes. And thus for the first time in history a batsmen smashed six sixes in an over.   Sir Garfield Sobers       2.  Ravi Shastri The former Indian all-rounder and the current coach of Indian team is a surprising addition in the list. Shastri was not known for his big hits. The all-rounder achieved the feat on 19 th January,1985. He smashed the left arm spinner Tilak Raj of Baroda for 6 sixes in an over while playing for Bombay in the Ranji trophy. Ravi Shastri      3. Herschelle Gibbs The swa
Post a Comment
Read more
More posts